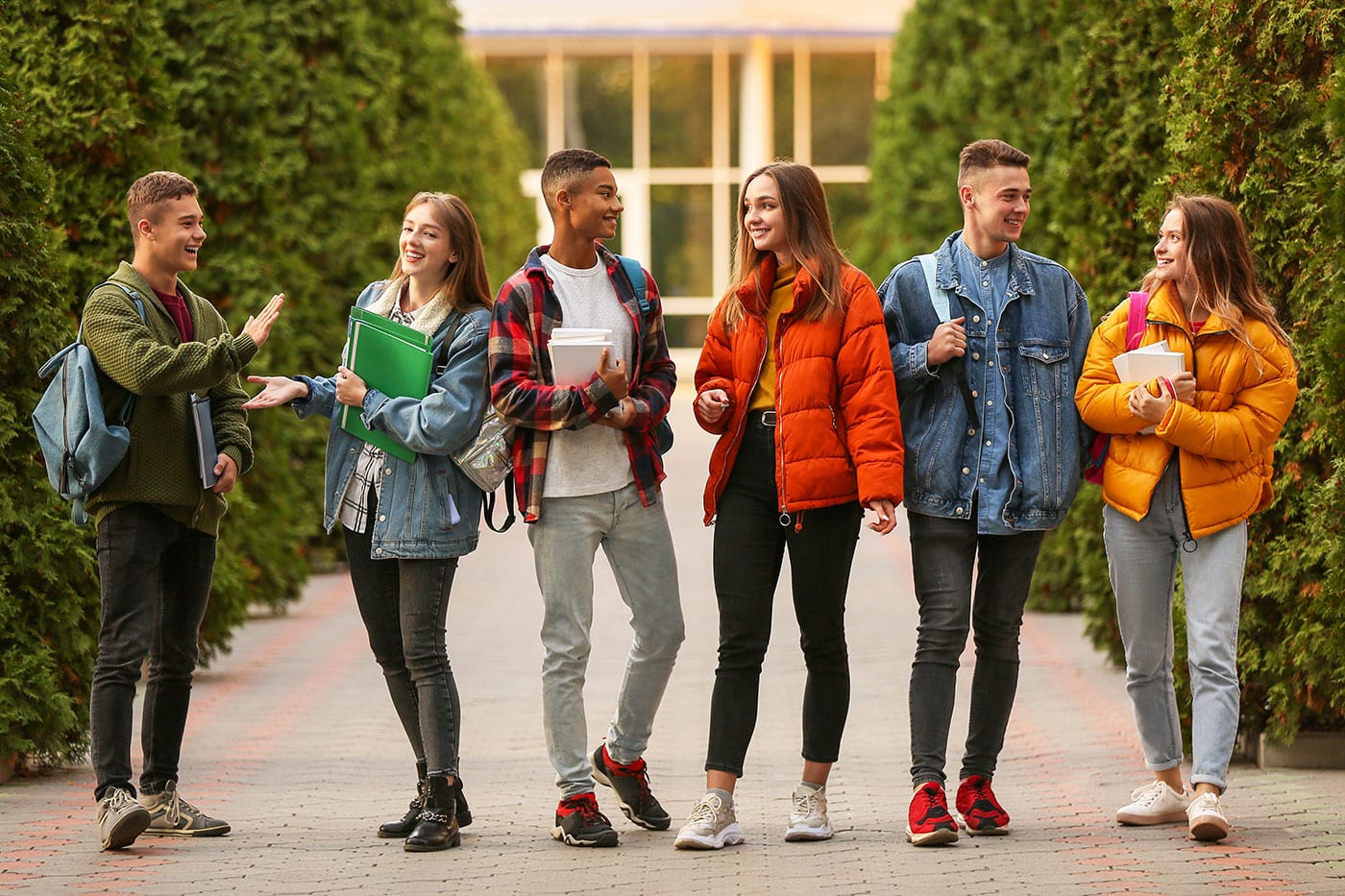 Who Will Benefit From Student Loan Forgiveness?

Interested in learning which geographic areas will benefit most and least from President Biden’s recent decision to forgive up to $10,000 in federal student loans?

Powerlytics proprietary database provides insights into the question by exploring which States, MSA and ZIP Codes showed the highest and lowest concentrations of student loan debt as measured by looking at student loan interest payments from both private and public student loan debt.

Minnesotans appear to be the biggest beneficiaries with 20.3% of adults making less than $85,000/year showing student loan interest expense.

Nevada residents will likely benefit the least as only 7.9% of adults making under $85,000/year had student loan interest expense.

Other New England and Upper Midwest states will likely be big winners while Sunbelt states including California will only see a small percentage of their population benefit. 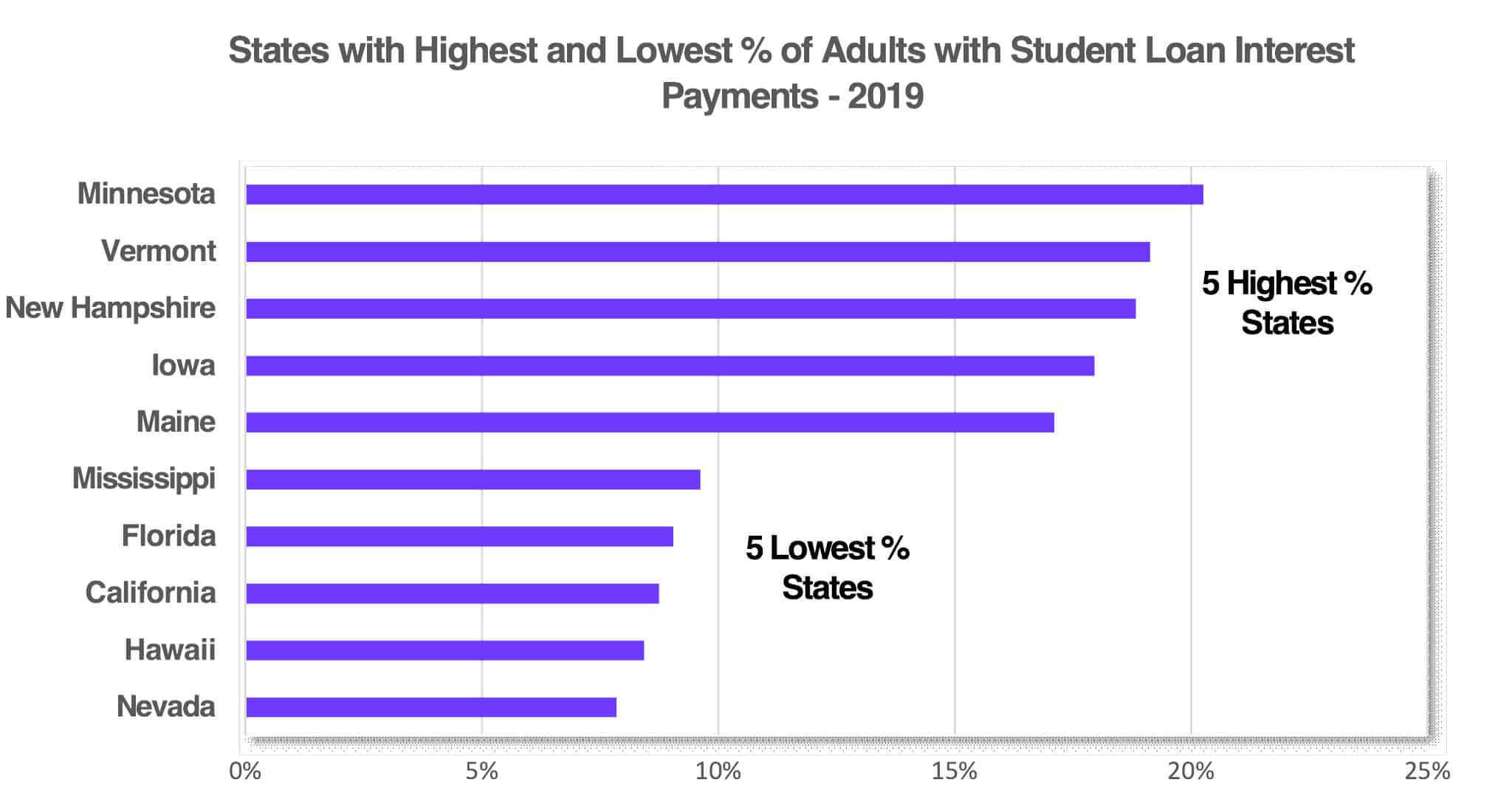 Will Educationally Focused MSAs See the Biggest Benefits?  Yes and No.

Drilling down to MSAs, we see that Minneapolis-St. Paul-Bloomington come out on top at 21.9% while San Jose-Sunnyvale-Santa Clara MSA is at the very bottom at only 6.4%. 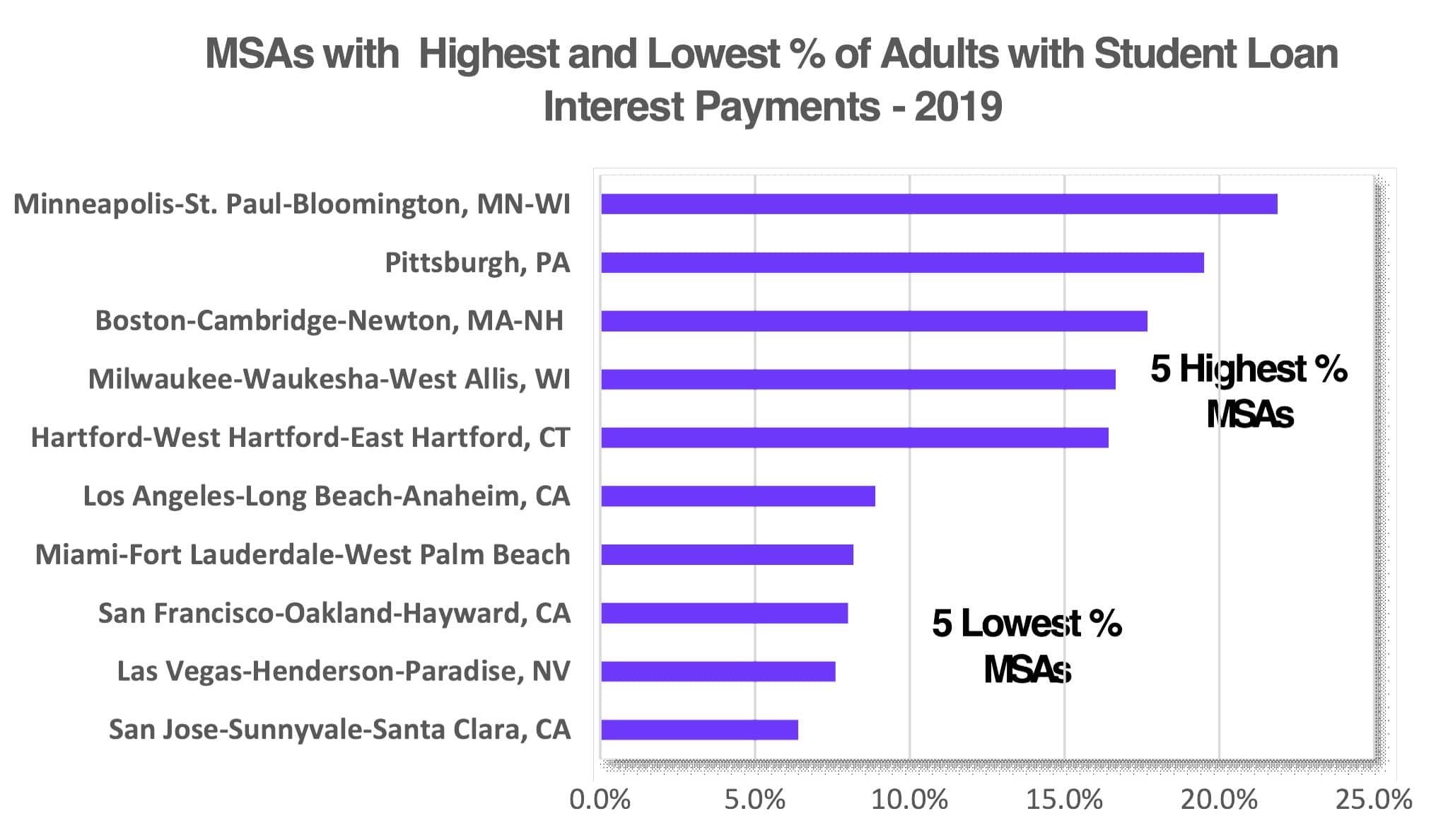 We fully expected to see a higher education center like Boston also have a high percentage of adults with student loan debt and in fact, it ranks #3 on our list.  But does the “education-orientation translate to high student loan debt” dynamic hold true across the country?  To test the hypothesis, Powerlytics reviewed WalletHub’s recent ranking of the top 150 MSAs from most to least educated.

Urban ZIP Codes Neighborhoods Likely to Benefit the Most

The ZIP Codes with the highest concentration of student loan expense cut across regions but almost of these ZIP Codes fell in urban centers that likely are home to a high number of recent college graduates.  The one exception is college town Edinburg, TX, home to University of Texas Rio Grande Valley.

These results have generated some robust discussion and include many theories as to why Minnesota has such high student loan debt or why California and Silicon Valley are so low.

What do you think is driving these geographic trends?  We would love to hear your thoughts!

*Time Period – 2019 (due to Covid federal student loan payment freezes, 2019 is the last full year in which payments were made). 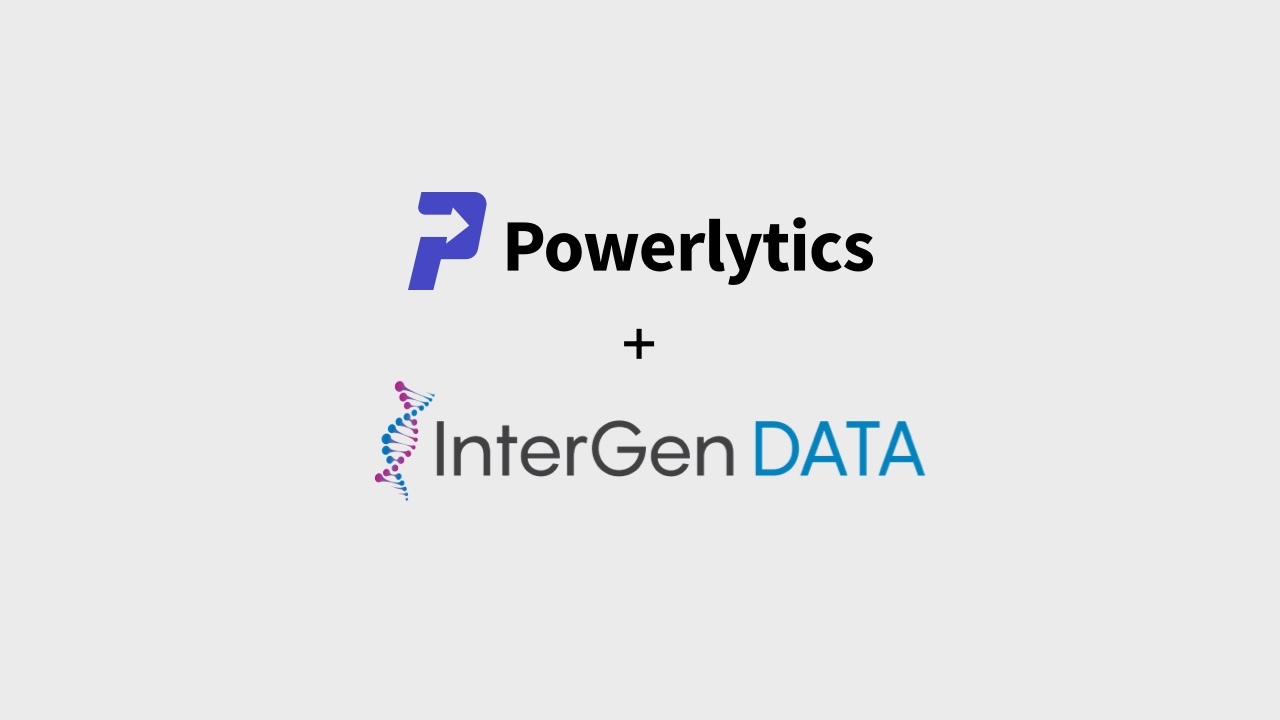